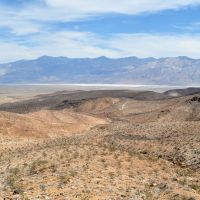 It was an H-themed day. I made another trip to Mount St. Helens. I know it’s old news to you guys, who see this destination pretty regularly on my blog, but the weather was cooperative and some of the photos turned out pretty nice. So off we go.

There were occasional flashes of sunlight in the morning, so the plan was to get to the Johnston Ridge Observatory as quickly as possible. The plan paid off and the views were outstanding as they always are when the mountain is visible.

A great hike for an off-season day is the Hummocks Trail, which I have showed you before. Sorry, it’s all repeats today! Again the parking lot was mostly empty, and so it was a piece of cake to hit the trail. Hummocks are hunks of mountain that blew to bits with the eruption. The force of the explosion blew these great hunks of dirt and rock all over the place, forming unexpected tiny hills and valleys, which eventually resulted in the introduction of new streams and ponds and such into the previous landscape.

The weather gradually became cooler and clouded up, and I was grateful for the decision to head to the observatory first. At the observatory, open skies are best for viewing. At the hummocks, everything most interesting is quite close up.

Across highway 504 from the Hummocks Trail is the parking lot for Coldwater Lake. I think this is an exceptionally pretty lake and I’m surprised I hardly ever hear people raving about it, since so many people go to St. Helens, I assume they must also go to this lake.

It isn’t just that the area is beautiful, it’s that it’s beautiful after recovering from such trauma. Awww, that’s kind of like people, huh? We get so much more beautiful after we’ve survived something shocking.

On this trip it finally occurred to me that the entire highway 504 had to be rebuilt. It follows the exact valley that the worst of the devastation from the pyroclastic flow, and resulting landslides and mud-and-ash slides and flooding followed. These flows ripped the valley to shreds – including roads. So all the roads there now are new. All the bridges are new.

Hoffstadt Creek Bridge is one of fourteen bridges constructed along Highway 504 that stretches east from Interstate 5 in Washington state. It is probably the most remarkable of the fourteen, which may explain why there is an overlook built, with an information sign.

So how many H’s was that? Five, if you count both “hiking” as one. But I forgot the best H of all: I left the mountain happy. With great weather, great views, great trails and all of them spiced up with October colours, how could I be anything but?