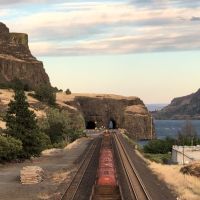 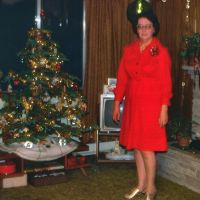 There was an old lean-to shed built up against the side of the house. I didn’t like the looks of it or the location, and had been telling people for years that I wanted it torn down. As with so many other things around here, Josh took care of it.

One problem was that the shed also contained my well. So the tear down had to be careful, and there also had to be a plan for a reconstructed pumphouse, to continue to protect the well.

The demolition went quickly. Turns out, the wood on the far side – away from the house – was completely rotten from both the wood sitting on the wet dirt for many winters, but also from a nasty termite infestation. There were also years of rats nests in the roof. The roof had actually caved in over the top of the well. I am *so* glad that disaster is no longer attached to my house, because the termites would certainly have made their way over.

With barely a day to absorb the missing shed, Josh got to work on the rest. Someone at some point had installed a water softener next to the well. It’s a good idea. The water here is hard, meaning there is a high mineral content. It’s also high in iron and sulfur, so it has a mild rotten egg smell – yuck. But after three years I’m mostly used to it. The water softener was broken and taking up space. It had not been functioning in the three years I lived here. The benefits to having a functioning water softener are to minimize mineral buildup in pipes and to make showers nicer on the skin. But they also require maintenance, which I am not interested in. A reliable new one would cost a couple thousand dollars. I told Josh to get rid of it.

Without the water softener, the pipes had to be re-routed. That was done in a day.

Then he built a pumphouse entirely out of recycled materials. I asked for a roof over the back for a place to store my trash and recycling bins. Since he was in there anyway, he put a spigot on the outside of the pumphouse, which is wonderful because I didn’t have water on this side of the house and had to buy a 100 foot hose to drag over here. Then he installed an outside outlet and some flood lights. This guy can do anything, I’m telling you.

Now I needed a space to store all my equipment that had previously been stored in the shed. I pointed out the place where I wanted it built. Josh thinks about it for a couple hours, jots a materials list down on a piece of paper. I handed him my credit card and off he went to Home Depot. In no time, the place was going up.

10 thoughts on “New shop and pumphouse”