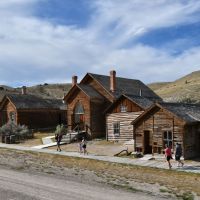 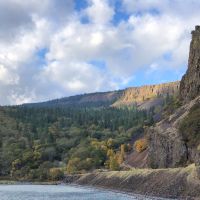 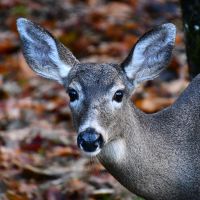 Like I said earlier, when foreclosure hits a family, it can’t be explained away by one event. In my case, there were many steps to the place in which we now stand. Catch up to this point in the story with Chapter 1, Chapter 2, Chapter 3, and Chapter 4.

Selling the Massachusetts house was a relief – doused immediately by our once hopeful spirits crashing and cascading down into the pit we found ourselves in.

The only unspent money we had left was the remainder of my IRA, which had plummeted to $26K. I felt like I might as well take the rest out, before it was completely gone. But then I was contacted by my new Ameriprise broker, Luke, who has since then busted his butt for me and my 26 thousand. (Thanks, btw) Please please please use this man’s services. Anyway, somehow, between the bankruptcy attorney’s advice and Luke’s advice, I stopped robbing my retirement IRA.

There was no space left for decision-making, which sort of made it easier for us. No money left. It would take both of my paychecks each month to cover a mortgage payment. Up to that point we had never been late on a single payment for anything, much less defaulted. The 2008 elections were ensuring that families unable to make their mortgage payments were getting some public empathy. Public sentiment was in our favor at the moment, and it seemed to make sense that if we had to default on one bill, we should stop paying the mortgage. If we stopped paying just that one bill, it would enable us to pay all the rest. AND we could eat, too. Bonus!

We actually had a great mortgage plan: 5¾% fixed 30-year loan for $210,000. We  had it down to $207,000 already. We were happy with the arrangement. In anticipation of Wells Fargo’s likelihood of offering us mortgage assistance, we made the mistake of using logic: this house is a fixer-upper. In this market, no one in the city of Portland would be willing to pay what we owe on it. Therefore, any halfway business-minded idiot could see that Wells Fargo’s best bet would be to keep us in here. We don’t dispute what we owe. We don’t dispute the interest rate. We aren’t trying to get out of our obligation. Just cut us a break till Mark gets a job? Knock a coupla hundred a month off for now? Make it a 35-year loan? Something?

3)        Right about then, the Bush Administration put a stop on foreclosure actions. (To be supported by the Obama Administration not too much later) We had a little room to take shallow breaths.

It was Christmas. Ugh. It would have been different if it was just us. This whole time we had been keeping the truth from our daughter. She doesn’t need to know all this. It’s her HOME we’re talking about. It was hard to hide it at Christmas. Mark and I skipped some meals in order to save up $140 for a new Toshiba adapter so we could give her a laptop, which she had been begging for. The Toshiba was Mark’s first, then mine, and now it’s hers. Other than that, we couldn’t really get her anything. We simply couldn’t afford it. Thank goodness her grandparents came through with some extra gifts. Mom and her husband brought us a truckload of firewood, and even brought us a tree from North Idaho. It was beautiful. We tried so hard to do what we could with what we had, but the disappointment on her face was obvious. I know the holidays aren’t about “things,” but it still broke my heart not to be able to make the magic she was hoping for.

Despite our ungraceful shift into a lower economic group, this is the part of the story where things started to change for the better, on a more important level. This is when I saw my own reality reflected in Stephanie’s blog title: Love in the Time of Foreclosure. Life had been so frightening for so long that we just couldn’t maintain the fear. We made some peace with our situation. Mark told me, “If we lose the house, we’ll just move. It doesn’t have to be the end of the world.” We had nothing but each other, and we liked each other. We had friends and family, of course, but still the potential of not being able to provide a home for one’s own family is agonizing for responsible people. Instead of destabilizing our relationship, we clung to each other, and we pulled our girl in to the embrace. The joy we discovered is somewhat reflected in my Christmas letter.

Sixth grade had started. I was getting grief from my work supervisor, so I focused sharply on working. A lot. Mark became master of the house, and became involved with our girl’s life to a degree he had not yet come close to. He had previously held back because he was unsure of his place in this family as an adult figure in her world. He’s also burdened by painful memories of men in a stepfather role when he was a child. When our family needed him, Mark stepped up. I still smile to think that the BEST thing about foreclosure for us is that our family came together. Those two became so comfortable with each other that they would hug each other goodbye, share jokes, and ask me to stay home when they ran errands, so they could have more fun. Ha.

She went from a barely average student to over-achiever by the second month of school, then got a reputation for being a brainiac. Mark directed his angry frustration at the house, and did TONS of work that took a lot of brawn and almost no money. He cleared out all the walls and carpet from the basement and made it a giant, open, lighted space. He tore up the horrible carpet in the living room and sanded down the wood floor. He picked up some tools at yard sales and craigslist and began building stuff like amazing workbenches downstairs, and then a new buffet and bookcases in the dining room.

It snowed 22 inches the week before Christmas. I was feeling love, and gratitude, and then December provided the magic. Snows that cover the ground and stay there are rare in Portland, but in a 10 day span we received two feet of the stuff and it shut the city down, and even impressed New Englander Mark and Idahoan me. We wrapped ourselves in blankets in front of our roaring fireplace and prepared for New Year 2009.

One thought on “Timeline of Foreclosure – 5”