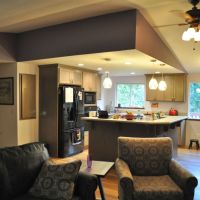 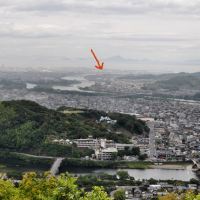 I was invited to a pre-Gorge concert gathering for friends of the Marcus Eaton Trio. I’m more like a FAN than a friend, but friend definitely sounds better. I’m actually one of those people who gets tongue-tied and goofy in the presence of someone I admire. I hate that. But… that’s what I do.

The Marcus Eaton Trio was scheduled to open all three days in George, Washington, for the Dave Matthews Band who had his annual Labor Day concert in the Columbia Gorge.

I know that hardly anyone has heard of Marcus Eaton (unless you are one of my facebook friends, then you are possibly sick of hearing about him and John Ondrasik, another musician I’m always shamelessly promoting). But just imagine that there’s a musician whose music makes you shout euphoric expletives when that’s not something you normally do. Imagine that there’s a musician whose guitar sings to you so powerfully that your mouth drops open – and you’re listening to that track for the 47th time.

Then imagine that you get to go to somebody’s house in Seattle amongst 30 or so other people who have been invited, and you get to listen to that musician play right smack in front of you. Close enough to pick a fuzz ball off his sweater. Like I said, I get goofy.

Even though I had a busy week prior to Thursday (picked up Tara from Mom in Pasco, WA, had an hour and fifteen minute meeting at work on how to improve my performance, worked extra hours to earn a longer Labor Day Weekend)… and even though I had a busy week planned for after Thursday (drive to Boise to spend the weekend with my dad, visit my grandmother, and possibly visit my brother and new baby nephew, Tara’s first day of school on Tuesday, spend Wednesday with my friend Charlie Brown visiting from Flagstaff)…

And even though I’m getting old and almost never stay up past 9pm anymore, I begged my supervisor to let me leave work early Thursday and make the insane drive from Portland to Seattle in rush hour traffic. I first picked up my kid who had made a dessert for the potluck (she’s so awesome), and we zoomed northward. We zoomed until about Olympia, till we slowed to a crawl… and varied between a crawl and a creep for the final two hours until we made it to the house northeast of Seattle.

We knocked on the door and were welcomed graciously by our hostess whom I had never met or heard of. She was fabulous and introduced her parents to me, and introduced her daughter who bonded with my daughter immediately. I was thrilled to finally meet Kitty in person, who was the one that had invited me. I found it easy to talk to everyone in the group. To my utter delight, I met Marcus at the food table, and he threw his arms around me and said, “Hi!” as though I were a long lost friend. Yes, we’ve met, but I was certain I hadn’t made enough of an impact for him to recall my face. I guess I don’t really care if he only recognized that I was one of his fans, because that one-minute exchange was the highlight of my night. (Ugh, I KNOW! I’m so pathetically fan-like)

I got to see the Trio for the first time. It has just worked out so that every time I’ve seen Marcus, he has been solo. I finally had my opportunity to hear Garrett and Kevin close up. And we’re talking… like 8 feet away close up. This was like every backyard potluck you’ve ever been to: I munched carrot sticks and hummus and chicken-and-green pea salad and drank Chardonnay from a clear plastic cup. My kid and the other kids and they had been running in circles and shrieking for a good hour and a half. I was kicked back on patio chairs next to a delightful young woman who also didn’t know anyone there. And the Marcus Eaton Trio was making their music right there. On the same backyard deck. The weather was divine, the moon was bright. I was deliriously happy.

Their music is SOOOooooooo good. I can’t stand it. So good. Why hasn’t everyone had the chance to hear these guys? Why isn’t their stuff on the radio?

I met as many people as I could, but I was only there a few hours. They were all WONDERFUL and friendly and fun. Finally T and I were too exhausted to hold it together any longer. (I had been up since 4:30 am) We said our goodbyes and made the long trip home to Portland. I had echoes of that incredible music climbing through my brain and keeping me awake on I-5 southbound. Luckily the trip home with hardly anyone on the road was only 3 hours, compared to 4½ hours going north. We got in a little after 1:00 am.

A few hours later, we got up again and packed the car for our 8 hour drive to my dad’s house.

2 thoughts on “My Thursday night was brilliant!”