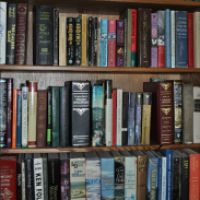 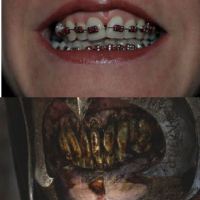 We woke up to storybook fog. Our hosts wished us a wonderful day touring castles. Our first stop was the Rock of Cashel, only 7 minutes from where we spent the night.

On our last full day in Ireland it was time for us to see some castles. We had been seeing ruins of fortifications and towers for days, but the two well-maintained and managed places we decided to see up close were in Cashel and Cahir.

The Rock of Cashel is not the name of the structure on top, but the name of the whole prominence, and all the structures on it. The Rock of Cashel, also known as St. Patrick’s Rock, was the seat of the kings of Munster from the 4th century until 1101 when it was presented to the Church in a political move. Structures include Cormac’s Chapel, finished in 1134, the Round Tower, also built in the 12th century, St. Patricks Cathedral, built in the 13th century and used till the 18th century, and The Hall of the Vicars Choral, built in the 15th century. There is also a castle, which was the bishop’s residence.

Our admission fee included a tour of the whole site except the Chapel. We purchased tickets to tour the Chapel as well, which is locked to visitors unless they are attended by a guide. The Chapel shows multiple global influences in its architecture, with the message of unification. A Chapel for worship was meant for all people, in other words. It is remarkable inside and worth the extra Euros.

On the tour of the whole site, we began in the Hall of the Choral, and it was explained to us that the Vicars Choral was lavished with luxury. This beautiful building was built for the singers to live and practice their skills in assisting with chanting the cathedral services. They received the best accommodation and food, in hopes of attracting the most talented choral members. Hopes were that God would be most glorified by the most talented choral, and if it became well-known that they had the best choral, Cashel would gain prestige, power, and wealth.

It was a cold visit, up there on top of the hill where breezes were stiff and it rained the whole time in the fog. We found a small theatre showing a film in German. The theatre was heated. Tara took a seat but I hovered over the radiator through the rest of the German film, and then through the English version that followed. Finally warm and dry again, we went down the hill and found a lovely restaurant to have a hot lunch.

Fortified, we moved on to Cahir. Tara deftly used the navigator software called Copilot they had downloaded a few days previous. We did not have cell service, but were fully functional in areas with Wifi. While we had Wifi, Tara downloaded the Copilot app, and then a map of Ireland. Phone GPS continues to work even when you don’t have cell service. So outside of Wifi access, Tara had a fully functional navigational tool to plot or replot our path, and constantly gave me updates on speed limit and upcoming traffic circles.

Also note: Wifi was available, and free to visitors EVERYWHERE. Every train station, convenience store, point of interest, coffee shop, or gift shop had free wifi. Menus at restaurants had their wifi passwords on them. It was super fast and reliable at all times. We went to the most incredibly remote spot I can imagine finding in Ireland, on the tippy tip of the Dingle Peninsula, and boom – reliable wifi from our host. Um….America? Can we fix our obvious failure in this category?

We drove just 20 minutes to the town of Cahir, and quickly found the carpark for Cahir Castle. There are signs posted at the carpark that list all the movies in which Cahir Castle has made an appearance. One look explained why: it’s picture perfect.

Our guess at how to approach the castle was incorrect, but serendipitous, as it led us through the grounds in a wide circle behind the castle. It was still raining and foggy, but had warmed up, and we were in good spirits as we walked the grounds and got soaked again.

We made a big loop and never found an entrance, so we ended up back at the carpark. Luckily for us, this time we noticed the signs for how to pay, as well as a parking security car moving along the other side of the lot. Ooops. I sent Tara on ahead and paid the 2 Euro fee before the security car got there, and ran to catch up. Our entrance into Cahir Castle was free that day because they were in the middle of uploading a software fix, and couldn’t run the computers to take our money. “Enjoy!” the man at the desk told us. We did.

We had so much fun exploring Cahir Castle, situated on the River Suir. The grounds are huge, and there is so much to see. And then there is more to see, if you keep looking! We found delicious dungeons, and tower overlooks. We followed one spiral staircase up, up, and still up, and kept finding new rooms not previously explored. We found museum displays and mock rooms set up to look like they would have when the castle was lived in.

Cahir Castle is in excellent condition, well cared-for, and very interesting. What luck for us to add this one to our list, when we know practically nothing about Irish castles.

After hours of happy exploration, we returned to the front desk to ask questions about some arrow slits we had found that fanned open on the outside of the castle, which didn’t make sense to us. If you’ve ever seen arrow slits before, you know that they are tall skinny windows in V-shaped windowsills, to allow the shooter a wide field of view, and ability to shoot from multiple angles while remaining protected. Tara and I found those V-shapes on the outside of the castle walls, which was not intuitive, and seemed like a mistake. The docent explained that these are actually fanned both inside and out, and are partially with a thought to retaking the castle should it ever be captured. I had never heard of that idea! We headed back to the car, still admiring the beautiful place.

The scariest part of my drive was ahead: back into Dublin! Only we were fortunate to be heading to the airport car rental, and that is well outside of the city. We were able to take a circular highway around the outside of Dublin, and thus never had to brave the city itself. Totally unsure of what to expect, we fumbled our way into the parking lot and were treated immediately with calm assurance and tons of help. They took our car, checked it over quickly, asked if we had any problems (we didn’t), then called us a cab. While we waited for the cab, we posted photos to Instagram using – yeah, free Wifi.

That evening we found a nearby restaurant and had our last Guinness in Ireland.

The next morning we had an easy 7am wake up, and got to the airport in plenty of time so we shopped the duty free and bought Ireland mugs and some Slane Whiskey to honor our visit to the Slane distillery. We went through pre-flight customs that allowed us to skip customs when we arrived later that day in Newark. Woo Hoo! Going through US Customs is a pain in the ass and it takes forever. In Ireland it was friendly and quick. By midnight we were home and in our beds in Oregon.

15 thoughts on “Castles of Cashel and Cahir”