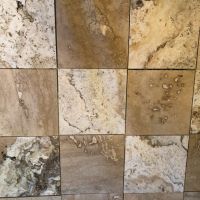 Tara and I boarded our first plane Tuesday morning. After a 6 hour layover in Washington, D.C., we boarded our second plane and in 7 hours arrived in Dublin. Exhausted. Sadly, during that time, Tara developed a cold. Though we felt excited and upbeat at first, the kiddo was wiped out by noon.

I was tired too, but tucked my sweetie into bed and went out to take a look at Dublin. Our room is in the center of town, near the mouth of River Liffey, a couple of blocks from Trinity College. I walked along the water at first, and admired The Custom House across the water. Then I made my way south through the streets past Trinity College. School was clearly in session and crowds of young people pressed past me on the sidewalk, all the boys in suits and slacks – they looked so nice.

Dublin has so many smiling happy chatty people. I’ve had five random strangers strike up a conversation with me. One guy watched me taking photos of St. Andrews Church.

“Unfortunately,” I tell him, and this is with real regret, “I know nothing about football.” I’m sure he’s not famous, but it would be nice to know more about the World’s Favourite Sport.

“You must be from America,” he says. And we both know Americans are famous for being completely out of the football/soccer loop compared to most of the rest of the world. “So what’s it like? Living in America?”

I tell him that so far, Dublin is a lot like Oregon. Same climate, same early stage of Spring, same plants grow here. He talks about Trump a little, and says he’s not racist like people are in America.

I walked past Trinity College and continued south to the National Museum of Ireland – Archaeology, because it was one thing I wanted to do, and wasn’t sure if Tara did. I found the museum easily and was pleased to see that the entrance fee is free. This is one of those museums in which the building itself is a big attraction. I happened to stop first at the almost-identical library across the parking lot (oops forgive me: carpark), and shot a photo of the whole building (which is enormous):

After the museum I found a convenience store and bought some medicine for Tara, then went back to the room to deliver hot lemon medicated tea and cough syrup.

It was quiet and warm in the room and I couldn’t help it but take a nap! Later that evening, I went back out for sustenance and found quite by accident, two great places. I stepped into The Vintage Kitchen and put my name down for an 8:30pm table, then went next door to Mulligans.

It turns out that Mulligans Pub is an old and famous pub! Apparently James Joyce drank here, as well as John Kennedy. I was treated well and surrounded by Irishmen, their accents rising around me. I finished my pint of Five Flags lager, and walked back over to the kitchen.

The Vintage Kitchen is another narrow, quirky place with immediately friendly staff. The waiter insisted that if I like seafood, I needed to order the chowder. I obeyed. I enjoyed the quirky atmosphere and in no time had my chowder, which is to die for. I filled a little dish with mussel shells that I dug out of it, and dunked a variety of homemade breads into it. The chowder, though listed under “starters,” was a meal unto itself. Alas, I still had a risotto coming. No worries though, once I crammed as much of the fabulous risotto with kale (and leeks and broccoli) into myself, I asked them to pack up the rest for my sick kid. Tara was happy to take the leftover dinner off my hands.

We had a better look at Dublin the next day.

21 thoughts on “A look at Dublin and Ireland Archaeology”