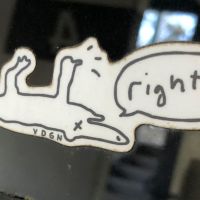 I grew up on some land. We had pigs and rabbits and chickens to supplement our only meat supply each winter: deer, elk, and if we were lucky, bear. We chopped wood to heat the house and to cook on the wood stove. In the early days, Mom cooked all our meals on the beautiful cast iron stove. I learned how to make toast on the surface by sprinkling a little salt, to keep the bread from burning. We used the stove to heat a flat iron to iron clothes because we had no electricity. We took our baths in an big aluminum tub in the yard, beside the pump, because we had no indoor plumbing. And yes…we woke up sleepy in the middle of the night and shoved our feet into boots to trudge through the snow to the outhouse. I am a rare remnant of American history, in that my childhood was from an earlier century.

I’ve been nostalgic for decades, daydreaming of the someday when I could have a farm of my own, and now I’ve got it. But see, here’s the thing: in the meantime, I became a city girl. Not in my soul, but in my experience. Because of my job, I’ve had to live in cities. I’ve only known electric heat and natural gas water heaters for those luxurious hot showers inside my home. When I was lucky, I had a little patch of grass to mow and some dirt in which to bury some bulbs for next season.

Managing a big piece of land is going to be a big job, and I am confident I can figure it all out. I’m also wise enough to know there will be a sharp learning curve. But off I go! Look out world. 😉

I grew impatient with the idea that perfectly good eggs were being stashed in the forest, as a result of my wandering Hussies. I began a campaign to diligently collect the hens each day and return them to their pen. With a four-foot fence they were contained most of the time, and typically only one or two hens would fly to freedom per day. After one week I had a carton full of eggs and the Hussies were less inclined to escape. Then I contacted a local man I know to come and build me a respectable chicken fence.

My boyfriend and I (yes!) pulled out the old fence to make way for the fence guy to build a new one. After two weeks of being returned to the old pen, the hens got into the habit of using their lovely henhouse with perfect little boxes filled with dry straw. So, while they have returned to their wandering habits, they still come home to lay. I am so pleased to be getting daily brown eggs, with thick shells and dark yolks you get from country hens.

Fence-building is currently underway, but we had a tragedy nonetheless. Miss Lacey, whom you met not too long ago in my post about finding a stash of eggs, wandered into the country road and was hit by a car. I researched and decided not to try to eat her. First because she died by blunt force, which likely ruptured her organs, and second, because those organs likely had a chance to contaminate the meat as she laid beside the road all day long before I came home from work and found her. I am sad to lose my Lacey, as you can imagine. I’ve grown to love the bold & sassy Hussies.

The rain let up for a week and the ground dried out enough to begin using big equipment. I backed the riding lawnmower out of the shed and got it running. I had not personally cut the grass since buying the used machine, because I had friends and neighbors who took turns on it last year. It took me awhile to figure out how to get the blades going. I chose a knob that looked promising and gave it a tug. The serpentine belt went flying and the engine cut out.

I went online and discovered that I had done the right thing, it just hadn’t gone well. I checked local repair shops and found they were closed for the weekend. And then I looked up schematics for a Husqvarna blade deck and got some tools and pulled it apart and put the belt back in it’s place. I put it all back together and tried again. Viola!

Add small tractor repair to my list of talents.

There is a lot of grass to cut here. The property is 4.3 acres and I imagine the house and pond take up the 0.3, leaving approximately 4 acres to mow. Whew. It took me 5 days of mowing to get it all done. About 14 hours total. The tractor wasn’t running well and I ended up taking it to the shop when I got done. It should be done in a week and I’ll have sharpened blades and I’ll be able to tackle all that grass once more.

I’m continuing with adding a bit of landscaping here and there: rhododendrons and azealas, honeysuckle and camelias, a bunch of hydrangeas from my Uncle who lives a couple towns over, and a few plants my mother gave me years ago: a peony, some irises, and lavender. Each day the place becomes a little bit more my own personal heaven.