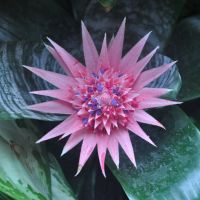 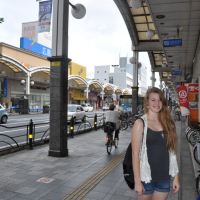 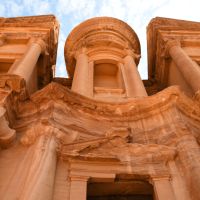 I was invited to my very first Portland Timbers game last weekend. The Timbers are a soccer club in Major League Soccer. There is a waiting list for Timbers season tickets, and most of the individual tickets are already sold out for the year. Because of this, getting invited to the game was a pretty big deal.

However, that’s not the reason I was thrilled to have a chance to attend. We all know the game is called futbol to everyone else in the world, soccer to those of us in the U.S. I bring that comparison up intentionally, because here we do something else that is common around the rest of the world, but rare in the U.S.: Portland hosts some ferociously enthusiastic soccer fans. They call themselves the Timbers Army. I had been invited, not merely to the game but to join the Army, and it was an opportunity to experience ultimate soccer fandom. The Timbers Army is kinda famous. I read about them in Sports Illustrated in 2009. Yeah, a story about the fans.

So we go, and we sit in the north section of the stadium where the Army has taken over. Thirty minutes before the start of the game, the Army section is already packed, people cheering, flags waving, and the rest of the stadium has barely begun to fill up. You can see this in the photo at the top: a clear line of delineation between regular fans and the Army.

Let me take a tiny step back from the scene for a second. My degrees from Brandeis are in cultural anthropology. Even before that, at College of the Redwoods in northern California, I had studied cultural anthropology, and over the years gained experience in conducting ethnographies. This is when you, an outsider, try so hard to understand a community that you actually join them. You do what they do, in their environment, in an attempt to gain their perspective. While I stood there in the stands at Providence Park, surrounded by roaring and chanting and drumming fans, I was constantly thinking of ethnography. The group is rich with things to study.

First of all, the chants got my attention. Listen here as they yell “When I root I root for the Timbers!”

You’ll also notice both hands go in the air, in a sort of genuflection. However, the position of the hands can be a little tricky. As a friend explained to me at one point, “You have to make sure you’re holding your beer in your right hand during this one, because you don’t want to be doing the Nazi salute.”

Down in front of the stands are the capos, like cheerleaders, who get the crowd hyped up, on their feet, and howling in unison for over 90 minutes without ceasing. Everyone around me knew every song by heart. There are particular songs sung at key points in the game, according to action on the field or minutes on the clock. Fans sing songs and cheers borrowed from futbol around the world, and the ensuing roar is nearly overwhelming. They do not. stop. yelling. Not for the entire game, and for some time after it is over and the teams leave the field. Fans immediately call out players faking injuries, rolling around on the ground. They see error in every single call by an official against a Timbers player, and justification in every single call against the opposing team. They see unwarranted aggression whenever the other team gains an advantage. They scream with approval when their own team does the same. Put it all together and the energy is outrageously fun. And loud.

There are so many rituals that I couldn’t keep track of them all. Key to so much of it are the scarves, worn by nearly every single person in the stands (I was able to borrow Tara’s and thus had my uniform). The scarves say Timbers Army on one side and No Pity on the other, and are held into the air in unison to send the appropriate message.  Some cheers require scarves to be flipped vertically, some call for spinning scarves, sometimes we only had to hold them up to display. The scarves also come in handy when a smoke bomb is released after a goal, and you need to cover your mouth and nose.

Another fun ritual after a goal is when Timber Joe saws a piece off a huge log. After cutting the slice, Timber Joe passes the wooden disc through the crowd so people can touch it. At the end of the game, players lift the discs while the crowd erupts.

They borrow a lot from European futbol fans, including the tifo, which is a big visual display of support from the people in the seats. It’s often done with cards, with flags, and as you see here, with an enormous banner. People have drums and trumpets (I was waiting for vuvuzelas, and surprised not to hear any). The flags are waving constantly, also seen in the photo. People brought in green and white paper streamers, and thousands of people gratefully took programs and brochures at the door, and began tearing them into pieces. I saw all around me hats upturned in laps, filled with torn paper, and pockets being jammed with paper, and it took a long time but YES, you guessed it: confetti filled the air at the first goal. In minutes, people swept up much of the paper in the stands and filled their hats again, awaiting the next goal.

Oh, yes, and there was a soccer game too. Portland is in red, against Salt Lake City in white. 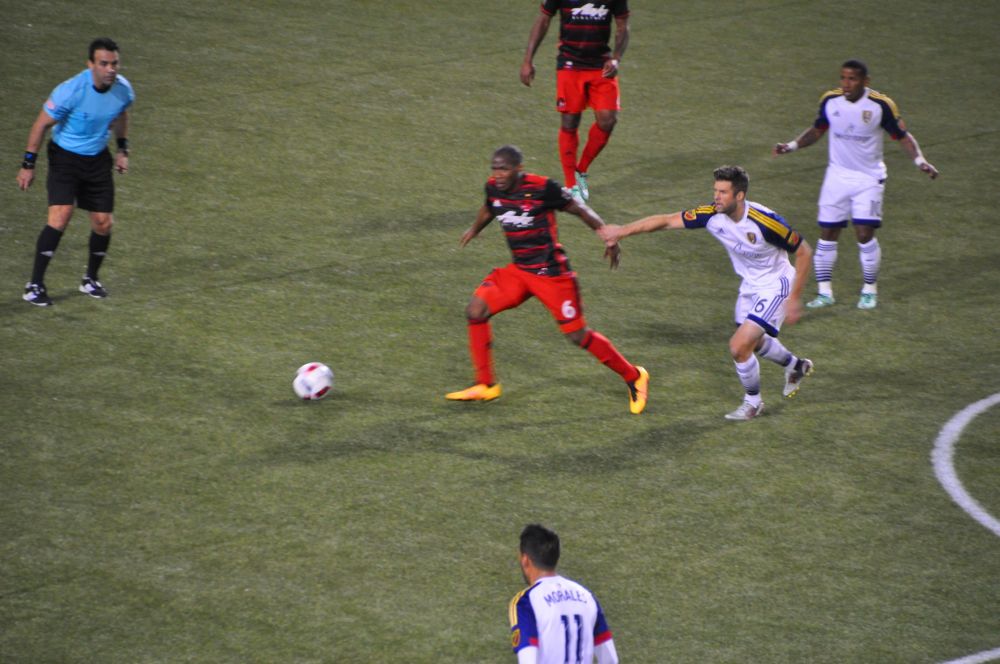 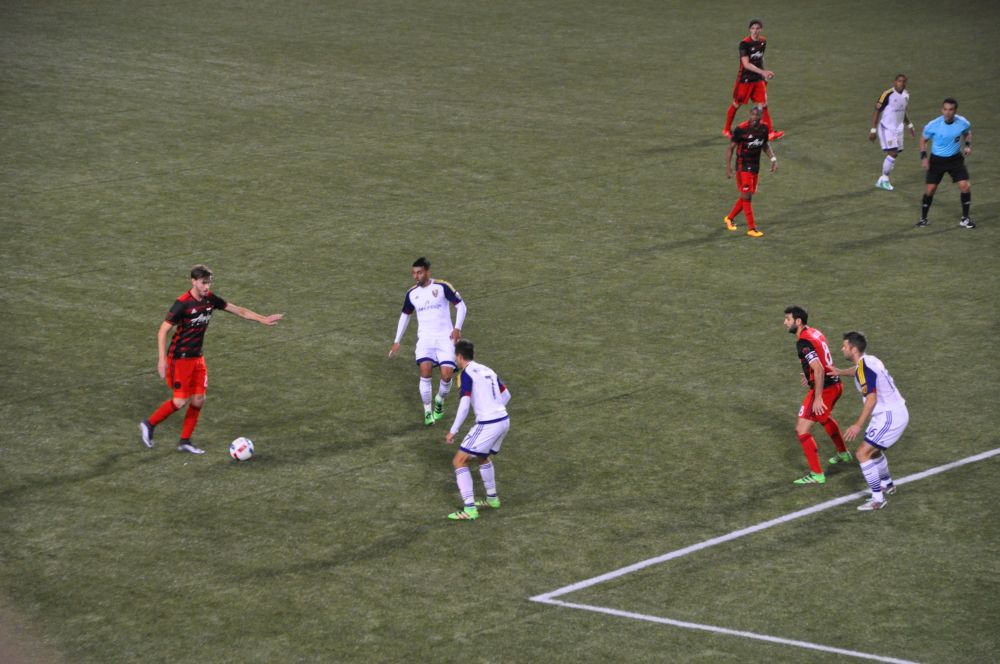 The game was tied in the end: an odd end for me, since I’m used to games that require a winner. The Timbers failed to make the most of an extraordinary advantage, when the Salt Lake City team was down one player (11 vs. 10) for much of the game, and down two players (11 vs. 9) for several minutes at the end. We only managed two goals (not counting the beautiful one at the beginning of the game, which didn’t count due to a penalty). It wasn’t for lack of trying, as the marquee pronounced 26 attempts in the second half of the game alone.

One final ritual was when wives of the players brought their children out to them for the closing ceremonies.

Ok, if your interest is piqued, you’ve got to see the following video from The Daily. It’s only 4 minutes and does a great job of showing the fanaticism I’m trying to describe. Well done.

12 thoughts on “There’s a party in Portland”