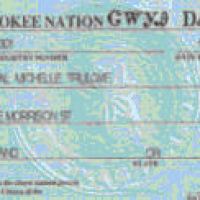 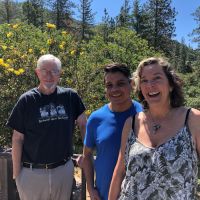 I am not the only one shaking my head in disbelief over the official outcry from Washington about Russian President Vladimir Putin taking unilateral military action in Ukraine. Yes, what Putin has done is wrong: sending troops into a nearby country without threat of imminent attack. But the big news story is not Russia! It’s the U.S. pretending to be outraged.

“It is diplomacy and respect for sovereignty and not unilateral force that can best solve disputes like this in the 21st century,” Kerry said, after accusing Vladimir Putin of 19th Century behavior.

Secretary Kerry, for all your intelligence, you are not thinking! It was as recent as September 2013 when you were championing Obama administration’s proposed unilateral military action in Syria, whose government was not threatening attack on the U.S. You thought that particular 19th Century behavior was justified.

“We’ve also seen an acknowledgement from the Foreign Secretary about the United States’ right and ability to make our own foreign policy decisions that are in our national security interest,” said Josh Earnest, the White House deputy press secretary, August 30, 2013. It’s an argument that the U.S. has the “right” to make our own decisions and take action. Even with no support, not even from our closest allies, the British.

I remember how angry Putin was with the U.S. at that time. Isn’t it obvious – dare I say predictable – that Putin would do the exact same thing in retaliation when he got a chance?

And the 800-pound gorilla in the room: March 19, 2003 we invaded Iraq. We went to WAR unilaterally. How can Secretary Kerry publicly imply that we wouldn’t take unilateral military action and therefore can cast judgement on those who do? Well, how can he say such things and not feel ashamed, I should have said.

It’s been 26 years since I registered to vote in time for the 1988 Presidential election. I could have been successful at any University at the time, I had great grades, involvement in a dozen clubs, awesome SAT scores, but out of patriotism I joined the Air Force to serve my country instead.  I’m crazy about the U.S.A. This dang country can be so embarrassing and arrogant…and yet I still keep loving it.

The decision-makers in D.C. are not learning, not growing, toward being a better nation, nor are they interested in real solutions. The very top people in government are obsessed with the wrong goal: finding more effective ways to win the game of power. I know a lot of cynical wisecracks might come to mind, but it’s actually pretty dismaying to discover that.

Someone said it really well in a recent BBC World Service podcast (4 March 14 pm). That someone was Putin. Struck so close to the truth I nearly flinched.

Questioned about recent talks with world leaders, Vladimir Putin responded through a translator: “We are often accused of carrying out illegitimate actions, and I asked the question, ‘So, you think everything you do is legitimate?’ They say ‘Yes,’ and I have to remind them of American actions in Afghanistan, Iraq, and Libya. Our partners in the United States have clearly defined their own geopolitical interests. If you follow what they say, carefully, they use a framework of ‘those who are not with us are against us.’ This forces the rest of the world to align themselves accordingly. Those who refuse get badgered. And more often than not they get badgered into submission.”

Let me be clear: I understand that Putin is a sneaking, conniving, power-monger like all the rest of them. But these words above are true. It tells us that those countries who have the ability to badger the others are the ones who win the power game. I don’t like it, but that’s the way it works. (“Either you are with us, or you are with the terrorists,” said President Bush)

Most of the time there is so much good in the United States government that I am able to forget the idiotic moments. I never have to pay bribes. Nearly everyone on the highways behaves as I expect them to. Same sex couples kiss in public. Immigrants are CEOs of major companies. If I am hurt, I will get treated at any hospital emergency room I go to. My own job is taking care of military veterans – what other country on earth cares for veterans like this? No one! Not even close.

Despite all the good it does, I can’t help but be astonished when my government shows that its primary goal is to maintain power. Not to take care of me. Not to be honorable. Not to do good with all that power, but only to use it to get more power.