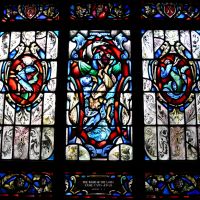 Lots of things have been going on around here, as is typical in our lovely little life. They don’t seem enough to individually warrant a blog post, but they are worth mentioning for those of you who read to see what’s been going on in our household.

I recently took my camera up to Mt. Tabor to capture my favourite volcano, Mt. Hood, in the setting sun, and saw the church above, lit up in the late day sun. It’s a care center for patients with Alzheimer’s.

Miss Tara successfully completed her 10th grade year on Friday. We’ve had some challenges this year with academics, and it’s been good for both of us. I’ve learned better ways to recognize the work she does without honing in on places where I want her to do better, and she has had a good dose of what future school work is going to require from her. Tara encapsulated the biggest challenge for me the other day when she explained how 9th grade was a continuation of middle school, in which teachers constantly reminded students to get their work done, forgave late assignments, and invented plenty of extra-credit when all else failed.

“But this year,” she moaned, “I was just going along, doing the stuff I remembered, not really worrying because I know I’m a good student, and then I get zeros on homework and since I forgot a test was coming up, failed the test. I wish it wasn’t just ‘total help’ in 9th grade, then ‘no help’ in 10th grade. I wish they would make the change more gradual. I knew at some point I would have to be more responsible, but I didn’t see it coming.”

Roses have passed their peak now, but different kinds of blossoms are coming into their own time. Plants are so fascinating for me to watch, as they morph through seasonal changes. I cut a couple of the deep red roses in my yard and put them into the green glass Coke bottle I dug out of the sand when I was stationed at Shemya AFB in Alaska. It’s the real thing. The number “44” in raised glass can be seen on the side of the bottle, for 1944. One of my favourite archaeological games is imagining the world in which an object had its heyday. A cold, wet, lonely soldier drank a coke during World War II, on a nasty little island in Alaska. What were his thoughts? Was it refreshing to drink the Coke? Comforting? Or just something to do out of boredom.

The sun gets up when I do now, and I can’t help but embrace the change in my circadian rhythms. My body is ready to rise, even without the alarm. I retain a tiny bit of hope and optimism each morning as the bold sunbeams dash through a pale blue sky. Though I have had enough of the city (and look forward to living in the country again), I still find such beauty and excitement in the architecture of a city.

Tux has been frequenting the house. From the tag on his collar, we discovered that he lives across the street. Perhaps he got locked out of the house accidentally, but he showed up bony and famished. We lavished him with attention and food, and after two days got more of him than we wanted. Tux (so states his collar) made himself comfortable in our home, climbing in through the window we leave open for our own cat, Racecar, and sleeping on the couch at night. This photo shows him on my bed. That was shortly before I went to sleep, and was awakened 10 minutes later when Racecar jumped onto the bed, found an uninvited guest, and asserted her territorial rights. A catfight on my belly! Thankfully his mom came home and he doesn’t come over so often anymore, except occasional requests for food and love.

Arno and I tried out a new place on Belmont Friday night. We decided Belmont is more Portlandy than Hawthorne now. Hawthorne Street is famous enough to draw tourists and people from outside the neighborhood, so it’s getting a bit snooty and trendy. People shop on purpose to look like hipsters there, while people on Belmont are naturally hip, since that’s what young people in Portland do. 😉

In any case, we went to the Pied Cow Coffeehouse, without knowing the name. We were looking for a restaurant, but found it’s a coffee house that also serves alcoholic drinks and hookahs. We ordered the Indian Style Curried Lentil Dip with yogurt and pita, and the Smoked Salmon Plate off the “savories” menu, and expected appetizer nibbles, but were served two heaping platters of food. It was plenty. Arno ordered a Swedish beer on tap and I asked for the German beer, Weihenstephaner hefeweissbier, just because I wanted to try and pronounce it. There were four tables that had ordered giant Arabic water pipes (they are about 3 feet tall) being enjoyed by patrons. The many tobacco flavours included rose, honeydew melon, orange, and mint. Non-tobacco substitute is also available.

Today a friend from long ago when I lived in Humboldt County, CA is in Portland. We are going to meet up at the Pride Parade. I like to go every year because The Uncles usually drive floats. I hope to see Eliot as well as The Uncles, whom, I sadly admit, I have not seen since before I went to Japan. Long overdue!

I wrapped up my second 10-hour overtime shift yesterday, so I have completed my obligation for the month of June. At the Department of Veterans Affairs we have been assigned 20 hours of mandatory overtime each month through the end of the fiscal year. It happens every summer. Sigh. But I’m finished for the moment, and get to enjoy the rest of my time off in June in someplace other than in the office. That is cause for celebration!

5 thoughts on “Happenings at home”