After our full morning with the Mt. Hood Cherokees, Tara and I then had an awesome evening when we took Arno to see my favourite musician, Marcus Eaton. ME also plays with Ben Burleigh on bass and Kevin Rogers on drums, but often I catch him in Portland when he’s solo. This was one of those times.

Two bonus items of the night, in addition to the awesomeness of catching ME live: our good friend Andre came out from the Tri Cities, and Intervision was the headliner show. Damn. Just can’t go wrong with the whole combination.

When you make dinner reservations, you can bring minors, so we were able to have Tara there in Jimmy Mak’s with us. Jimmy Mak’s is an excellent little jazz club that offers the perfect atmosphere, surprisingly stellar food, great drinks, quick service, and the best size for keeping things intimate with the musicians.

Arno, Tara, and I arrived early and before ordering dinner I asked a server whether any of the musicians were around. She pointed to the bar, where Marcus sat with Andre having dinner. Yay! We went over to say hello, and big smiles, introductions, and hugs were passed all around. Tara thinks Marcus is a big-time famous personality (and of course she would… since she’s been listening to his music in our home for as long as she can remember), so she was beaming light rays in all directions. I was so excited to see both Marcus and Andre I totally forgot to include Arno in the conversation (luckily he was able to pick right up with Andre when I turned to talk to Marcus). Sorry Arno!! I get a bad case of Fan Idiocy whenever I’m around Marcus. Blerrg.

We settled in and were soon eating the establishment’s delicious food and imbibing their drinks.

Marcus opened, and, I was a little disappointed with the sound quality. His guitar, which is the firepower that carries the whole thing, just sort of faded into the background. On pieces where I got ready for lighting fingerwork and ka-blam percussion dropped on top of heart-rending melodies… well… it was too fuzzy. I had to listen carefully to pick out the guitar from the rest of the sound. Ok, this is probably exaggeration. I have this stuff memorized. Maybe it was a factor of us sitting on the side of the stage, so perhaps there wasn’t a problem with the equipment at all. But …this guy is my musician hero. I want his stuff to always sound PERFECT, not just really good.

His vocals knocked us out, as always. And refreshing: ME had a bunch of fans in the audience this time! I am more familiar with two groups of people when Marcus opens for someone else: 1) those so focused on wishing he would hurry up so their fave band can come on stage that they don’t hear him, and 2) those having their world rocked because they have just heard him for the first time. My suspicions were confirmed later when a woman said her husband recognized me from another concert, and wondered if I was related to Marcus. “Nope,” I answered, “Just a big fan.”

But, don’t let me disparage the concert! Just because I noticed an imperfection in the sound equipment quality is not a reflection on the always-inspiring Marcus Eaton. He doesn’t stop with talented guitar playing. He turns his instrument into a machine for his creativity. His fretwork has no boundaries except on the neck itself, he uses his pick, his voice, the heel of his palm, to thwack and thump and twang and knock and ting! ME will pop all that stuff into loops until the playback sounds like he’s got 8 people on stage with him, then he casually segues into words with a voice so compelling it makes people in the audience  turn and look.

Over all too soon, Intervision took the stage. My feelings of disappointment for not having ME on stage lasted about 3 seconds until I was reminded of why I *LOVE* catching Intervision in concert. Cripey, that is one groovin’ croonin’ happy jazz band. Love it, love it. One of my favourite things about Intervision is the obvious individual personalities I see on stage. Though I don’t know them, I get the sense that these guys might not have anything else at all in common except that when you put them together they make magically moving jazz. I don’t even consider myself a jazz fan, and this stuff is irresistible. In no time I was wiggling in my seat as much as I had done with my favourite ME songs. Who can resist great music? 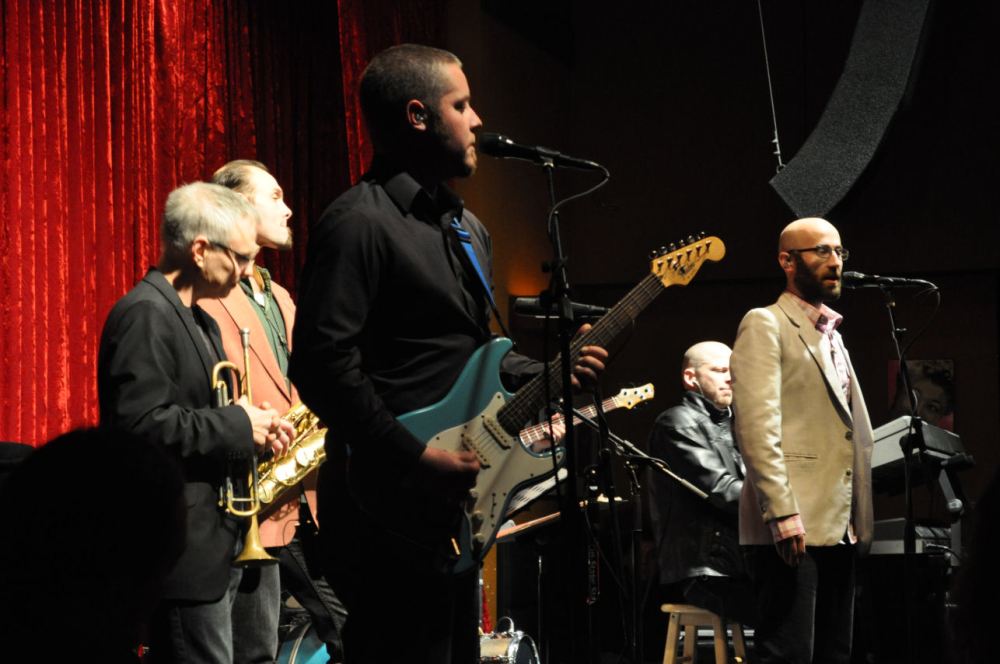 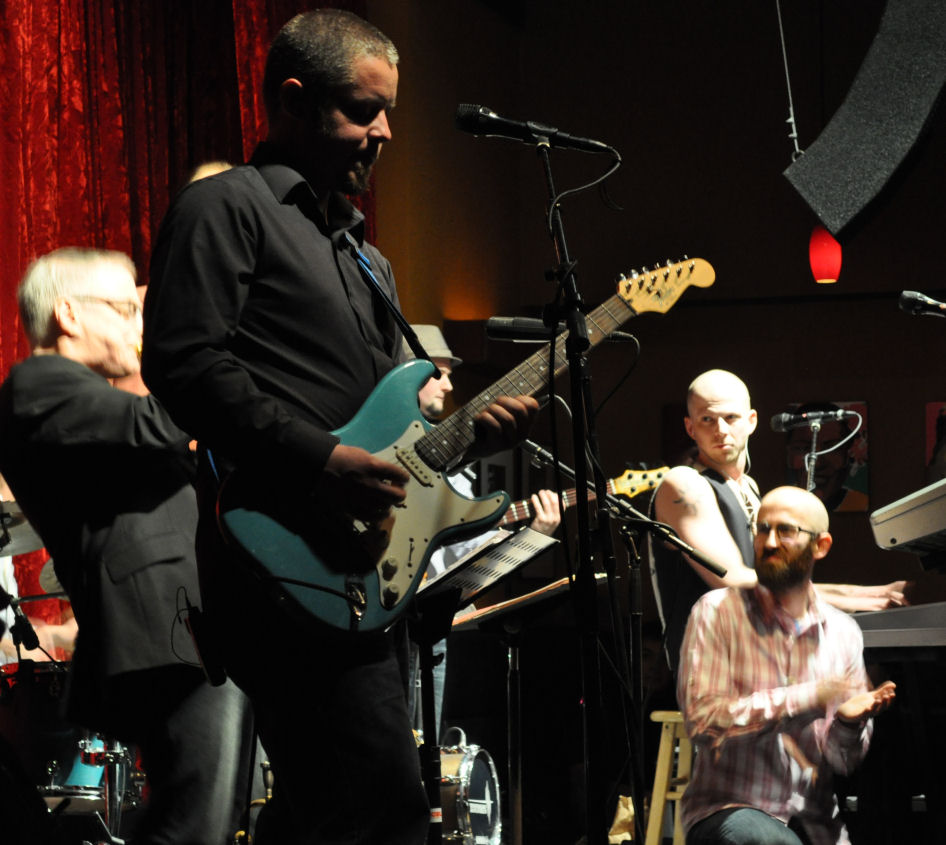 It was a night I’ll use in the future to explain to myself why I love Portland so much.