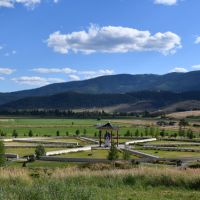 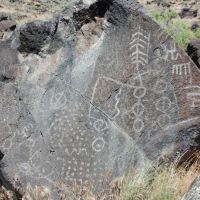 We showed up for the 9:00 am Cajun Pride Swamp Tours in Frenier, Louisiana. It was hot and sticky that day, as a swamp should be.  As with everything else in my New Orleans vacation, I had no expectations and was prepared to enjoy anything we did or saw. We climbed onto a boat filled with tourists and were soon moving through human-cut waterways through the swamp in a nature reserve on the shores of Lake Pontchartrain.

We began seeing wildlife right away. There were many alligators, and most of them rather small. Our captain told us that alligators grow 8 to 9 inches a year in the wild, and can live to be 60 years old. We saw two kinds of turtles, and three remarkable birds: the Great Egret, the Great Blue Heron, and an Osprey. We also saw a lot of raccoons, who beg from the side of the waterways for treats from the boats, but we were most excited about the alligators.

Whenever you spot an alligator in the wild, chances are good that you are looking at a female. First of all, when there is a dominant male in an area, he will kill any nearby males, to minimize competition for mates. But the greater determining factor is birthrate. If the temperature at birth is 87 degrees or cooler, the entire clutch will hatch female. If the temperature is 88 or 89, there is an equal chance of either sex. And if the temperature is 90 degrees or above when the eggs are laid, they will all be male. It works out that there is a 15:1 ratio of females to males.

Our boat pilot was a local Creole man and proud of his heritage. He said that his father spoke the French-based Creole language, but he did not. To show us how different the language is from the French language, he played some music for us. French tourists on the boat shook their heads and laughed. They couldn’t make sense of any of it.

He explained to us that the unique Cajun foods were simply a matter of collecting what was available from the land. Obviously the main courses are catfish, shrimp, crawdad, and Nutria (also called a swamp rat) because those are the available meat sources. He said that the spices and garnishes also originate in what could be harvested from the swamp.

We learned that the different kinds of trees we saw are the Palmetto Palm, Red Maple, Tupelo gum tree with long narrow leaves, and of course the famous Cypress tree. I learned that the knobs of wood emerging from the water around the base of the Cypress are its roots! They are called the knees, and apparently you can cut them off entirely without hurting the tree itself. Though Cypress trees are protected, the knees are knot. (heh heh)

There is an interesting legend about the site of this particular swamp tour. A woman named Julia Brown took up witchcraft, which made everyone afraid of her, and she was ostracized. In retaliation Brown warned that when she died she was taking the town and everyone with her. During her funeral in 1915, the wind picked up and a storm moved in. It was a hurricane. Wiped the town off the map and only 22 of the hundreds of residents survived. For this reason, many people believe that the swamp is haunted by the ghosts of the dead townsfolk.

The captain then introduced us to a 2-year-old female alligator that we all got to hold if we wanted to. If you know me, you know I held her.

Farther west, away from New Orleans, was a plantation Patrick said he has always wanted to see called Oak Alley.

We found it and explored the grounds. This was a former sugar cane plantation that had over 100 slaves at its peak production. Some of the slave quarters have been restored, and the home itself is in beautiful shape. It is named for magnificent oak trees that line an alley in front and in back of the house.

The ticket to enter mainly covers a guided tour of the house, but there is so much more to see, including a blacksmith’s shop, a movie on sugar cane processing and history in the area, a Civil War tent, and of course the Slave Quarters which were set up with educational signs and also had a site interpreter provide a talk on slaves in the time of the sugar cane production. There were a series of information signs that told the history of all the different owners of the plantation and the many uses to which the land was put. We explored it all and saved the house tour for last.

I admit it was awkward for me as a tourist to participate in the tour guided by a black woman. That pervasive White Person’s Guilt struck me, and I wondered what it was like for her, day after day, describing the nearly incomprehensible conditions of the slaves of the plantation, like when their futures were tossed about by the owners of the home as part of an inheritance negotiation. Someone asked our very sweet and smiling tour guide what she liked about being a guide, and she actually said she liked seeing the reactions from people when she talked about the differences between a white person’s life and a black person’s life in a typical day in this plantation’s history. So interesting.

By this time we were STARVING. We had passed a roadside restaurant on the way through Vacherie, and went back to it, knowing nothing about the place. B&C Seafood Riverside Market & Cajun Restaurant is now my favourite place to eat in Louisiana.

Patrick knew what he was doing at a place like that, and while I ordered something like a sampler, he began listing to the waitress what he needed: a pound of shrimp, three pounds of crawdads, boudin, and a bloody mary. “To wash the shrimp down,” he said. My meal was fried catfish, fried oysters, and smoked rabbit gumbo with hush puppies. Oh man, I can’t even tell you how amazing that food was. We ate every last bite, crawdad juice going everywhere. I tipped up my bowl to get the last drop of rabbit gumbo. Luckily the bathroom had showers to scrub down after the crawdads. Kidding.

We were a distance out of town and decided to just go for a scenic drive as our next plan for the day. Instead of heading east back to New Orleans, we went north, then east, then dropped south to New Orleans so we could drive over Lake Pontchartrain.