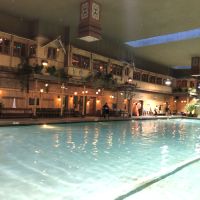 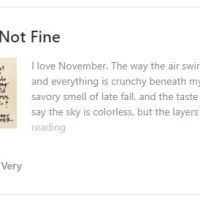 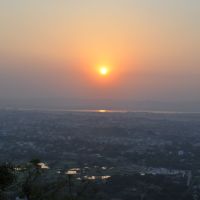 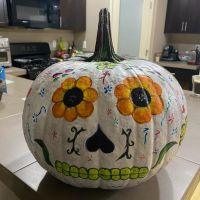 My last post was about visiting family in Idaho. I had two reasons to go there, and the second one was music.

A few of us die-hard Marcus Eaton fans know a little about each other. So when we heard that Marcus would be in Idaho visiting family and putting on a show with newly-Idahoan Alana Davis, I got some pressure along the lines of, “You should go to Idaho, visit your dad, and catch the show while you’re there.” Thank you for pushing me guys, it was the best one yet!

I’m a fan of Alan Davis too! Years ago I found out that Ani DiFranco’s song was actually a cover of Alana Davis’ 32 Flavors, so I bought her album Blame It On Me, and became a fan on the spot. Turns out she lives in Idaho now, and was able to participate in the Idaho Songwriters Association December concert. When Alana played 32 Flavors, she brought Marcus onto the stage with her and we got to hear their guitars together. I go weak in the knees for acoustic guitar.

My brother joined Tara and me at The Sapphire Room. My brother was the manager at The Big Easy (before it became the Knitting Factory) and had seen Marcus play a dozen times, but this was mostly new music for him. The delicious surprise was that there was a lot of new music for me too! While I have seen songs like Smile, and Sunrise Lets You Down on YouTube, this was my first time hearing them live.

Marcus also treated us to a song or two from the new album, one he co-wrote with David Crosby, and a couple brand, brand new songs too! I have been *starving* for new music, and it was the medicine I needed. He played song after song, covering a Bob Marley tune with Alana, and playing a song with his dad Steve Eaton, also an accomplished musician. Marcus joked about the drawback of many harmonica players, but pointed out that “My dad can actually play the harmonica.” And he could. Steve sang one of his own songs called Asleep at the Wheel that made lots of Idaho references, making a fun song even more enjoyable. 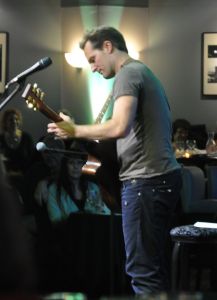 We had been there nearly three hours when the show ended. I introduced my brother to Marcus and Tara was finally able to say Hi (she is prohibited from attending all his 21+ shows). Those two wanted to go home and sleep, but I was soaring on adrenalin and wanted to stay. My brother gave me the number for a local cab and I handed him my keys.

After the show I was approached by Melissa, who had noticed my camera and asked if I would take photos, since their usual photographer was not there. I happily acquiesced, and the after-show shots of all the folks involved with the concert and the Idaho Songwriters Association turned out great. Turns out that Steve Eaton founded the Idaho Songwriters Association, and remains active and supportive in it. While waiting for others to come together for the photos, I was able to meet and talk with Steve. His enthusiasm for his son’s career, and his love for his son, was evident.

After photos Marcus was swarmed by fans, friends, and family (and those categories totally overlapped). It was a brilliant thing for me to see: the musician at home. Something I feel honored to have witnessed. The love and admiration was palpable. I stood to the side, waiting for my turn. I had the chance to talk with his brother, and his sister, and his mom. The whole family is warm, wonderful, generous, the way I’ve come to expect of the Idahoans I’ve known. Everyone was buying up the gorgeous concert posters his brother made, then getting autographs all over them. It was a frenzy of favors and silver ink and laughs.

When most of the people were gone, a few of us fans followed him to another room where he packed up his gear. Marcus’ sister begged him for the use of his phone charger. His mom came in with a friend and we all sat around a large round table and told stories and got to know each other a little. Marcus is a born storyteller, periodically having to get up and act out the tale, once even enlisting the help of the Ohio fan to play a part of “ordinary guy” to his “obnoxious L.A. native.”

When it was time to go, Marcus overheard me calling a cab. He told me to call them back and cancel, and I got a ride home with him and his sister, while his mom drove. Now THAT was the pinnacle of a great evening for me. I couldn’t sleep for another two hours, just lay awake and grinned.

7 thoughts on “And Marcus went down to Boise”