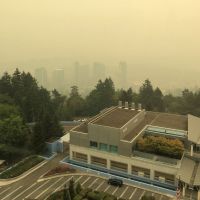 There has been so much going on that I have not taken the time to blog it, and thus I find myself way, way, way behind.

First a little blog-world happiness. A person I’ve never met and never really exchanged communication with (unless you count my comments on her blog) is having/had a baby today! Because she and her husband were facing foreclosure the same time Mark and I were, I began reading her blog. They had to leave their home and find something else (but avoided foreclosure – whew!). Over the past couple of years she has turned from emanating city savvy in a Los Angeles suburb to now mowing the grass and planning ferry trips out of Friday Harbor in the San Juans to the mainland where there are stores.

Isn’t it a wonderful world now? While I do lament the lost (I found myself wishing to see a caboose at the end of a train the other day.), I embrace the new. Today I spotted the latest message from my sweet friend Mohamed in Luxor, Egypt just let me know he finished his exams and now he’s working in tourism hoping to be a university professor in Egypt someday…. And at the same time, I’m all happy for Stephanie and Bob and their new baby, only because they suffered like I suffered – a long time ago. In one moment the three of us (and, gosh, hundreds of others in my web!!) are brought together through the Internet and pure random love and friendship. Brought together in my blog only by the common denominators of “me” and “Internet.” Life is so awesome.

I never blogged my trip to my Pa’s. I talked about Map Rock, but of course, that deserved a blog of its own. It is a 4th of July tradition to go to my dad and Michelle’s place out on the Snake River in southern Idaho and shoot many illegal rockets off and watch their sparks tumble into the river. The Snake is all fat and lazy on July 4th. Days are hot and dry out in the desert and nights are cool and breezy. My folks have a whole herd of cats that rule the place. It’s a riot to watch Pa and Michelle chirp over them like mother hens.

Highlight: My brother Eli came over from Boise and brought my nephew Parker, whom I had not yet met. Parker is 14 months old and a great personality. Handsome boy, just like his dad. Poor Parker somehow BROKE his foot while in his crib. Eli and Addie only noticed in the morning when they got him out and he wouldn’t put weight on his foot. So the kid has this full leg cast up to the middle of his thigh and down to his toes. He was apparently just about to learn to walk when this happened, so when I saw him he was just about to learn to walk again – only with a cast. Eli was calling him hop-a-long, cause he wobbled along on a foot, then on the toe end of the cast, then foot, then cast. I was really bummed not to see Addie, but she is a nurse and had just finished up an overnight shift and her husband (thankfully) had convinced her to sleep instead of drive out into the desert. Miss you, Addie! We’ll hook up soon. Maybe at the secret surprise Thanksgiving Gathering Of The Children at Mom’s house this Fall. Shhh! Don’t tell Mom, but I’m trying to pull that together.

My Pa is too thin. He’s always been one of those tall, skinny, beanpole men. “167 ½ pounds,” he always bragged to me. “That’s what I weighed in high school, and that’s what I weigh now.” He’s probably 140 now, and it looks frightening. He has IBS and is trying to work with it, but damn if it isn’t heartbreaking to see. My Pa raised me, and thus I know his internal inclination not to mention any health issues, so I didn’t say “Oh my god!!” to him, but we did talk about it a little. Hopefully they get through it. Michelle and he both had the West Nile disease two years ago and are slowly slowly pulling out of it. Michelle is not well either. Oh man. Two such awesome people should not be sick. It’s so not fair. She hasn’t even retired yet.

Right now. Right now, I’m at the Roxy Wine Bar in Kennewick, Washington. The drive was actually 3 ½ hours, and I’m wiped. And I wasn’t really sure when the show would begin, but it turns out it begins at 9:30. Ohhhhh Marcus, if only you know how I’ve sacrificed tonight. He’s got his NEW CD here and I am so psyched psyched to listen. Of course, I imagine I’ve heard all the songs already, but still. AND his new bassist is here tonight. AWEEE SOMMEE. No Internet here at the Roxy, or I’d have updated my facebook status already!

Oh yeah, so here I am in Kennewick. Crazy. I guess I have to do some crazy things now and then. My alarm will go off in 8 hours. Yes, 8 hours from now. I think I will re-set it, and not go in so early tomorrow. Yes, AND, throw in another 3 ½ hour drive to get back home. Ha ha ha. Well, I’m not twenty anymore, so this hurts. BUT, I’m not 60 yet, which means I can still DO it. I’ll try to get at least four hours of sleep tonight. I forgot to bring my iPod for the drive, what a dork. So I guess I’ll get caught up on Christian talk radio. The one signal I can always count on out here in the desert….

I knew I would get to the concert early, so I brought the laptop to catch up on my blog while I waited for the show. I did get to say hi to Marcus, and then the band was done with their warm up and they took off.

So hey! Next weekend is Faerieworlds in Eugene, Oregon. I get to see my little girl and gosh, I miss her so much. She’s only been at her dad’s since school got out, but I can feel the hole in the family. Life is NOT RIGHT without her. She is the coolest kid ever. Interestingly, she seems to have taken after my brother Travis more than anyone in the family. He is in awe of her. He calls her Awesomespawn. My girl truly is awesome. I am so, so lucky to have perfectly beautiful and perfectly brilliant and perfectly funny and perfectly kind and loving with only a teensy, tolerable portion of obnoxiously lippy all packed together in one teenaged daughter. Yes! Teenager! Her 13th birthday was last week. Whooo man. That makes me the mother of a teenager. Yipe.

I finished a couple more tiers of my terraced garden out in front of the house. We jokingly call it the Obama Victory Garden. This June was the cruddiest beginning to summer ever, with a drudging continuation of May’s 40-degree rain. June was 4 more weeks of 40 degrees and rain, so my garden was cranky and nothing grew. But the spigot turned off in July, the heat came on, and everything exploded! With the new real estate created by extra terraced levels, I put in new garden items, but somehow it still seems like there was more last year. No watermelon this year. It was such an eye-catcher last year that our neighbors are asking this year, “Where’s the watermelon?”

So, we can only afford a few pallets of bricks a season. I’ve put those into the wall and the remaining tiers will have to wait till next year. Dude. I so wish I was retired and could just take care of my garden and blog all day!!

2 thoughts on “Rewind and Playback”